The Passing of Brother Kibwe Bey 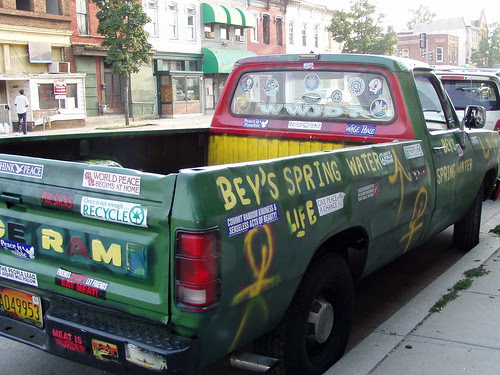 If  you've lived here for more than five years the chances are good that you knew Brother Bey. He used to run a heath food store in the 400 block of H Street (Da Place: Institute of Healing and Happiness). He was always friendly, and he often had a free bottle of water for passersby on hot days. A commenter relates that he died just before 8am Sunday. Brother Bey fought a long battle with prostate cancer (though I do not know if that was his cause of death). He was first diagnosed when he took 85 men to a prostate cancer clinic for screening. I don't have any photos of Brother Bey, so I'm sharing the images of his truck and store instead. 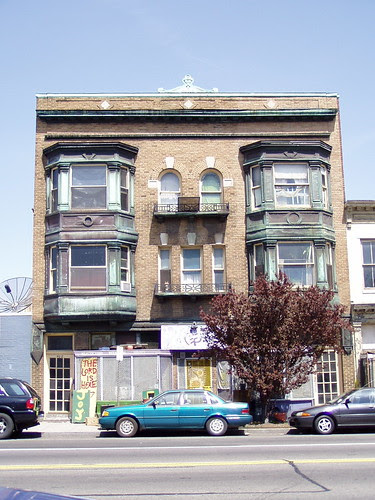 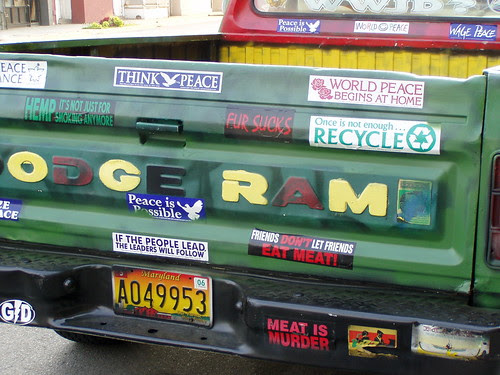 He attended Coppin State University, graduating with a BA in social work in 1969, and finished his Maters there in Counseling and Rehabilitation in 1974. He was a Marine, and an All American football player. He had, and appeared on, radio shows on WOL and WPFW over the years. Da Place was one of the health food stores that he owned, another was called Brown Rice. More than once source credits him with opening the first health food store in the District. Though I was unaware of this he apparently also open various restaurants, including: De Soup De Salad, House of Bey, and Peace on Earth. Plus, he cooked for the likes of Earth, Wind, and Fire (he toured with them as a cook), Denezel Washington, Chaka Khan, Dick Gregory, Cathy Hughes, Gladys Knight, and Les Brown. He served as "Director of Howard University's Natural Food Deli, Food Manager of Chef Yours National Coordination, Baking Chef of the Spruce Tree natural food bakery, Health Coordinator of the training camp of former heavyweight champion Riddick Bowe and as the Nutritional Counselor and Chef at Dick Gregory's Health Resort" "appeared on CBS 60 Minutes with Ed Bradley," as well as on Donahue He was also a part owner of the Baltimore expansion basketball team the Pearls.You can hear him interviewed online here. 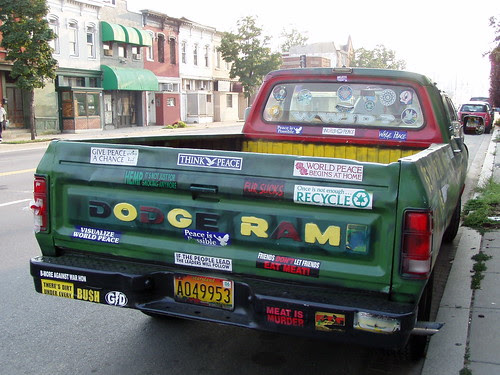 Biographical info obtained from a newsletter produced by the School of Professional Studies at Coppin State University (January-March 2008 issue). Available online as a pdf. As well as from www.oursportscentral.com (quotation from that site). Diagnosis info from the Washington Informer. 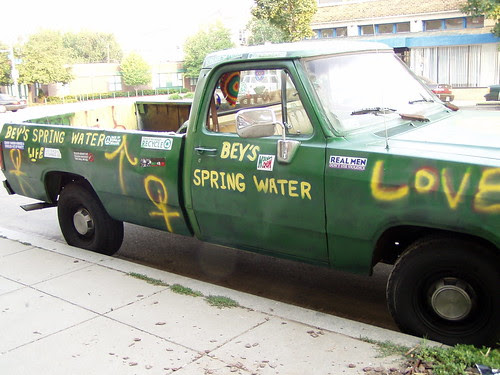 rest in peace Brother Bey, i listened to him many a time on WPFW, he was as real as real can be, he obviously really cared about people. Thanks for letting us know, I knew he was very sick, WPFW had some fundraisers for him. Peace to one of Washington DC's best of all time.

Sorry to see him go. he had awesome spiritual presence.

So sad. I remember spending many days in "Da Place". I thought it wasn't open anymore, but never realized that we'd be losing him as well...

Always giving, always cultivating dreams and compelling us towards salvation, mind, BODY & soul. Nights at Da Place, his soup, his trumpet and his huge love for people. DC and across the nation. He gave us mouth to ear resuscitation to get our whole health state revived. Thank God for Brother Bey... as he has out run us to become an ancestor. We thank you Brother Bey... Bro.Kareem

Thanks for researching and posting this info. I have been seeking info on Bro. Bey's passing since Monday morning. He was a great spirit and will be a valued ancestor. I am glad I got a chance to meet him, and others through his works.

Godspeed Brother Bey! I wandered into Da Place back in 2002 when I was trying to decide if H Street would be a good place to live. BB sealed the deal for me! He will be missed.

BROTHER BEY WILL BE MISSED! HE HAD A ARRAY OF NATURE PRODUCTS AND AFRICAN JEWELRY! REST AND PEACE!

Such fond memories I can't even count. He would be proud to know my son and I ELIMINATED all processed foods. Love you, Brother BEY. Malcolm and Mom.

Peace...Brother Bey was always a good friend...I'll never forget the times he helped as a book vendor....Damn.....Brother Charles

peaceful rest Brother Bey, i will truly miss our work together. i know your legacy will continue.

I too will miss Brother Bey. When I first began my path to internal cleansing, I oftened visited and purchased many items from his store on H St, back in the 1990s. That is where I first began my journey and received inspiration regarding living a wholesome and spiritual life.

I remember a Spring Soltice that Brother Bey conducted at his place -- my first soltice, back in the 1990s. I left with a renewing of my mind, body and spirit.

Brother Bey was incredibly engaging with his presence and all things he did.

I am grateful and thankful that I had the chance to be in his presence on many ocassions.

We will not forget you Baba. And all your love you shared with everyone. Eternal love.

Bro. Bey and I had our little saying..."do your radio show today as if you won't be here to do it tomorrow!"

You know how you can count on true friends to be consistent? That was Bro. Bey. A genuine friend to the end!!

Brother Bey was a visionary and a mentor for many a grown men as well as young adults his work although not finish was and is monumental I just got the meaning yesterday of "I pick my friends like I pick my fruit" meditate and you too will get the meaning.

I remember seeing The Last Poets at Brother Bey's shop. We were aspiring artist next door at Cerebral Records, not knowing the real star was next door.