Inside That New Game Bar 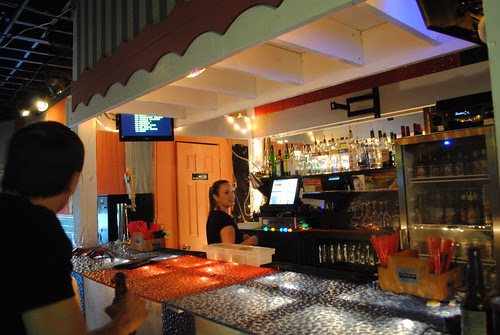 I thought people would enjoy this sneak peak at the as yet unnamed bar replacing Fruit Bat at 1236 H Street. This new spot looks completely different than Fruit Bat. First, there's more space, as they they removed the kitchen. They have several stand up arcade games (the one I played was 50 cents a game), a crane game, fooseball, darts, and a pool table is on the way. They also have a couple of screens set up at the bar so you can play old Nintendo, Atari, or Sega, games.

They have two beers on tap, and several others in cans and bottles (complete list below). Beer prices range from $3.50-$7, with most costing $6. Food offerings are limited to Pop Tarts, and "assorted cereals." They may slightly expand the food offerings in the future (grilled cheese?), but it's always going to be limited as they have no kitchen. 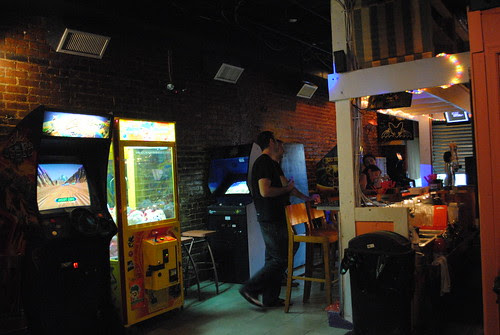 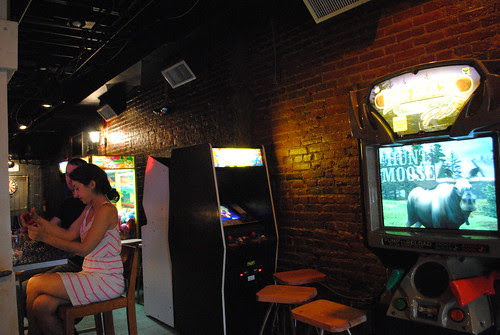 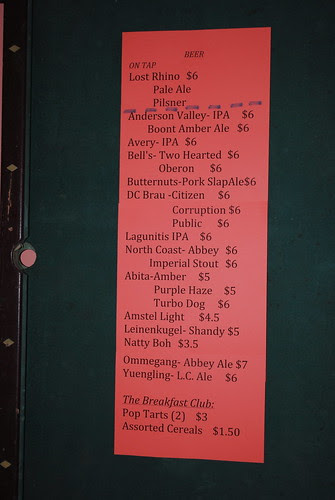 I'm impressed!
Any chance we can get the names of arcade machines?

pop tarts and 80s games! hipster heaven! save a natty boh for me, bro! ha. but seriously. save one.

so much hipster jealously in the world

sorry but i think this is really lame with the pop tarts and all...

its not totally 80s, which is good. that would get old real fast. cuz really, those games suck. i see big buck hunter there. foosball is a good game. any air hockey?

I went to the soft opening. They currently have Shinobi, Golden Axe, Magic Sword, one of those buckmaster shotgun games, a crane game, foosball table, and some sort of multiple nintendo game thingmajig at the bar.

I'm pretty excited about this place. I wish I could help out in the game selection and planning. I'd even donate my arcade cabinet which currently collects dust in my basement.

time to start a save h street campaign. this is lame.

i'mma be owning fools on Shinobi

come at me, son

I'm still addicted to Pac Man. I played it when I was a kid, then when they had the video game exhibit at the National Portrait Gallery downtown, I got hooked all over again. I'm hoping they bring Pac Man to this spot, they'd get every quarter I ever own. LMAO.

To keep it DC, they could also have a broken parking meter in the front that you put quarters in for a "donation". LMAO!

If they really have Double Dragon, I'll be there for sure. I agree with @Anon 6:57, in that the pop tarts, and cereal idea is lame. I hope that this place does well. Here's to gaming old school

need something savory for food also. pop tarts seem dessert-y. if you want to continue being 90s cheap...hot pockets?

microwave burritos please. also this was the most awesome game ever