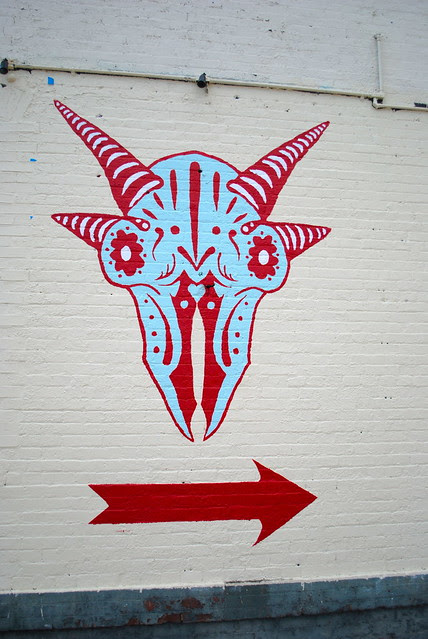 I stopped by the soft opening of Chupacabra Latin Kitchen + Taqueria (822 H Street) today for lunch. They have a fairly extensive menu, and it consists of more than just tacos. In fact, when I chatted with one of the owners he stressed that they plan to offer a rotating menu of all sorts of Latin American fare, and even some Caribbean inspired offerings. 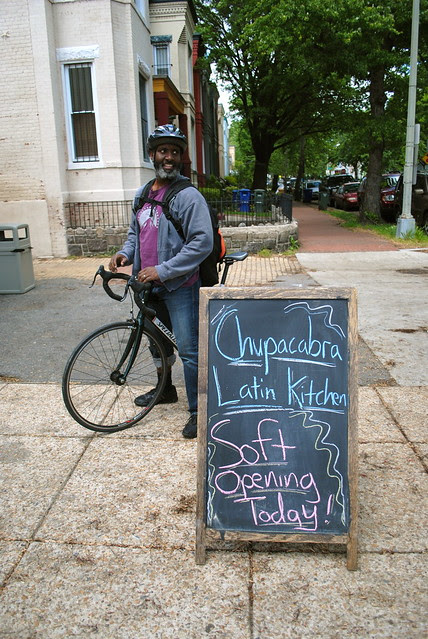 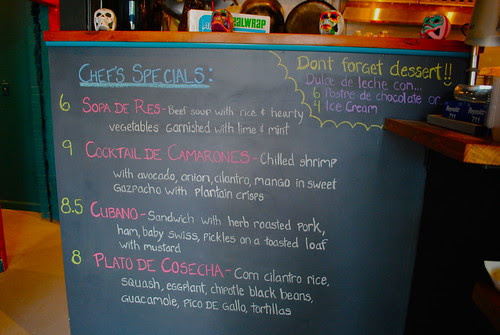 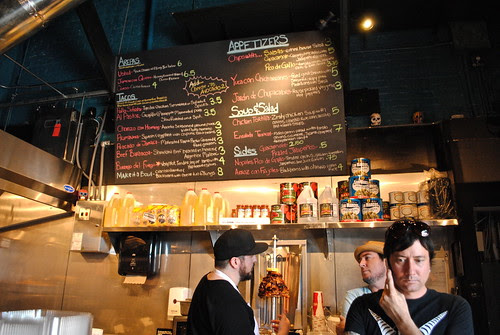 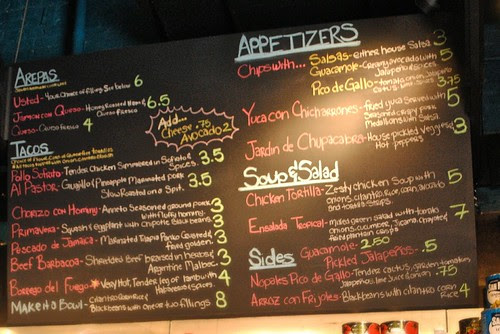 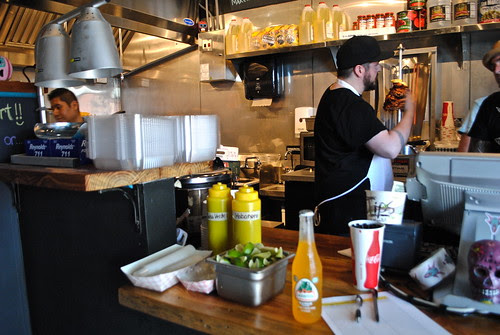 For now though, I went with tacos. Specifically, I ordered the Borrego del Fuego (a tasty lamb taco that lives up to its name), a taco al pastor, and a mango Jarritos. The ingredients were obviously very fresh, and the tacos did not disappoint. 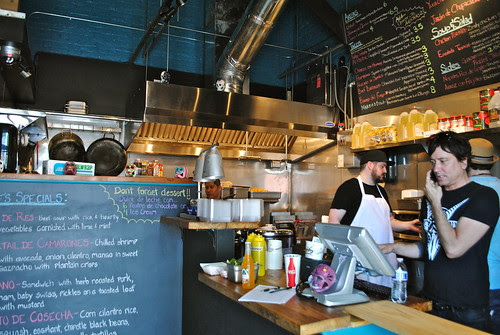 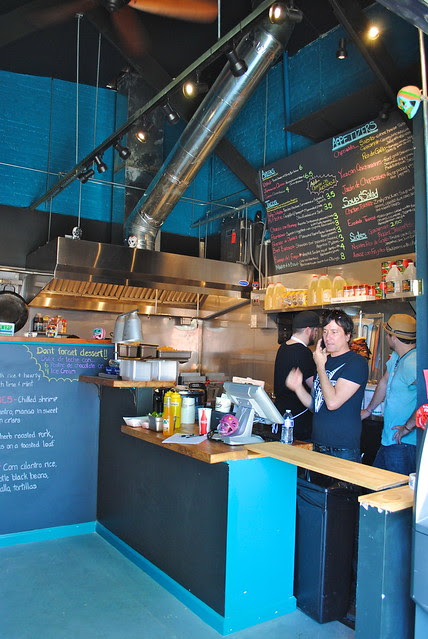 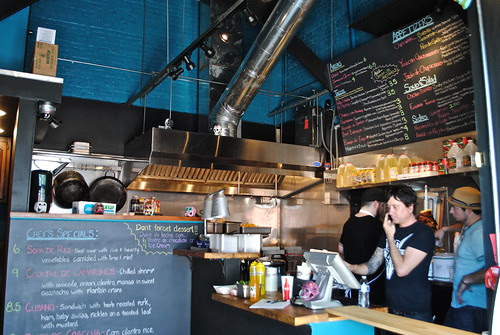 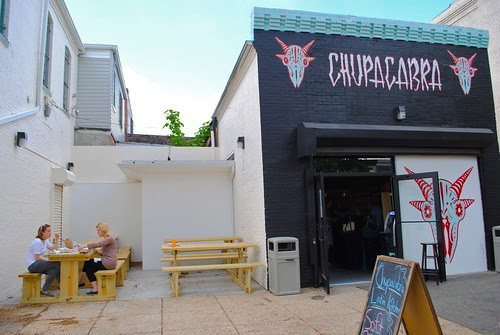 All of the seating is outdoors, and for now, it's uncovered. The owners do have plans to enclose the existing seating area, as well as add a separate outdoor patio once they get all the paperwork/permits/ect. in order. 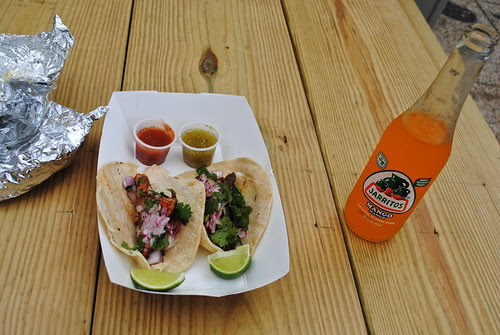 They also will seek a liquor license, but for now the Jarritos does just fine. 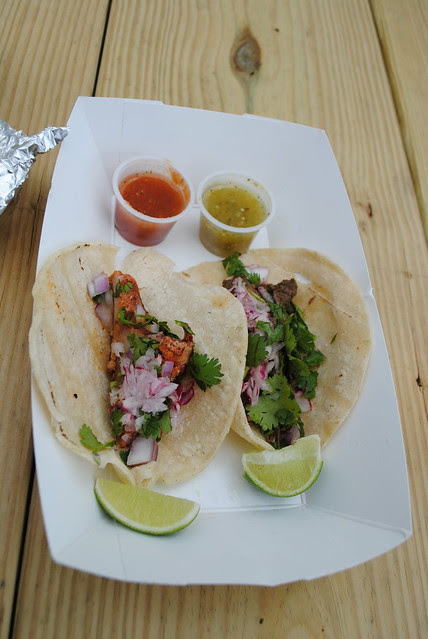 My tacos: al pastor on the left, and burrego del fuego on the right.

They are open until 9pm tonight, & will operate from 11am-9pm tomorrow.

But expect some variation in hours in the very beginning. Also, they will be closed for Mother's Day.