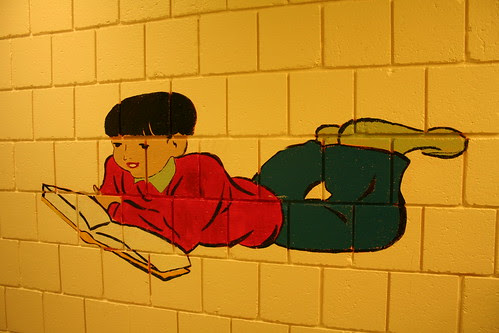 The Capitol Hill Book Club passes on the following note about their next meet up:

Our next book will be Ben Fountain's, Billy Lynn's Long Halftime Walk.  We'll meet for a half-way discussion on July 8th at 7:30pm at Little Miss Whiskey's.

A ferocious firefight with Iraqi insurgents at "the battle of Al-Ansakar Canal"—three minutes and forty-three seconds of intense warfare caught on tape by an embedded Fox News crew—has transformed the eight surviving men of Bravo Squad into America's most sought-after heroes. For the past two weeks, the Bush administration has sent them on a media-intensive nationwide Victory Tour to reinvigorate public support for the war. Now, on this chilly and rainy Thanksgiving, the Bravos are guests of America's Team, the Dallas Cowboys, slated to be part of the halftime show alongside the superstar pop group Destiny's Child. Poignant, riotously funny, and exquisitely heartbreaking, Billy Lynn's Long Halftime Walk is a devastating portrait of our time.
Posted by inked at 3:39 PM

Will you guys be reading 50 shades of grey soon? I LOVE talking about that book.