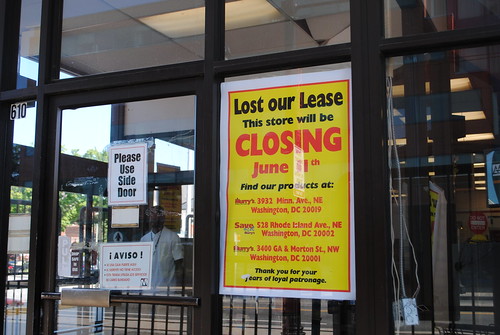 Inked spoke with a Murry's employee who informed her that Murry's employees have the option of joining the staff at Whole Foods, so at least the potential job losses related to this change appear to be mitigated. The employee to whom Inked spoke planned on working at the Whole Foods at 1440 P St NW  and hoped to transfer back to the H Street location, once that store opens in late 2016. I suppose we should expect demolition of the Murry's site this summer. What are your thoughts on all this? Any distraught Murry's fans out there?
Alan Page at 11:07 AM

Guys, please be polite. Remember that these people are your neighbors. I ask also that anonymous users leave some kind of tag [e.g. big green cat] for the sake of being able to follow a thread. Be respectful and have fun.