Have You Been to Honeycomb Yet? 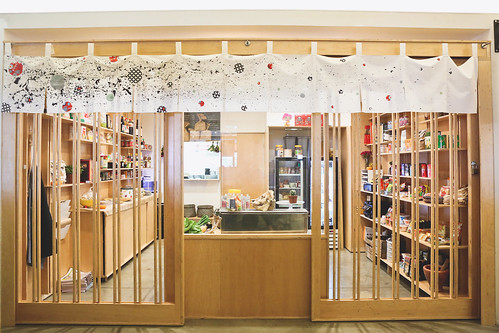 Honeycomb from the outside. Hannah Hudson Photography (photos provided by Honeycomb)

If you frequent Union Market (1309 5th Street) the chances are good that you've noticed a little shop selling Asian groceries tucked into the tiny space next to Harvey's Meats. That little shop is Honeycomb, and it's a retail project from Toki Underground's (2nd floor of 1224 H Street) Chef Erik Bruner-Yang. While Toki may draw crowds for its bowls of steamy ramen and orders of dumplings, Honeycomb tempts with offerings of a different sort. The fridges are lined with a variety of homemade kimchi, miso pastes, pickled veggies, kombuchas, sauces, noodles, Korean rice cakes, and more. 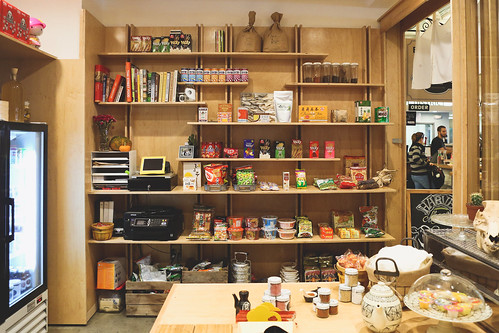 One recent afternoon I stopped by to gaze at the selection in one fridge and ended up taking home a container of their whole head Napa cabbage kimchi with shrimp and a jar of sour onions with tumeric, ginger, and garlic. I've already converted a few friends (folks who formerly turned up their noses at kimchi) with my kimchi fried rice. But this kimchi (and I'm rather picky about my winter kimchi) is quite good on its own too. I sometimes just want a little bowl for a snack, or I'll have it with rice and seaweed for breakfast. 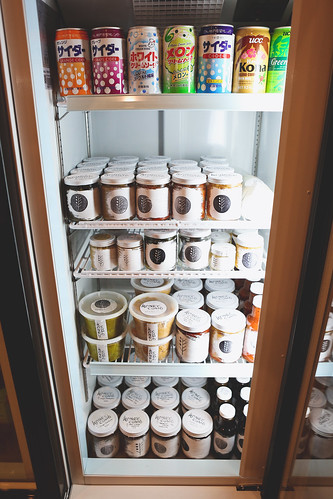 I usually eat the onion by itself (I just slice it thinly and eat it as a snack). I also added a little bit to a miso-based soup right before serving and it fit well. Honeycomb also sells plenty of pre-packaged condiments, snacks, candies, and sodas. Honeycomb is open Tuesday-Sunday 9am-8pm. 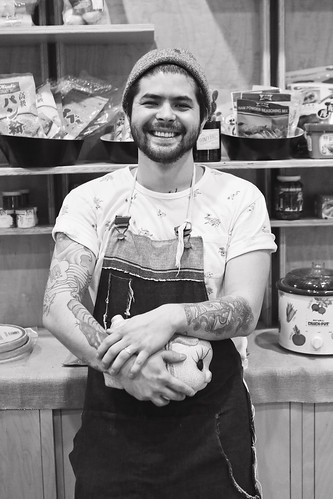 Love this place. Great place to pick up fresh noodles. I'm addicted to their fish sauce myself.

I stopped into this place a while ago and it was super confusing. No prices on anything, only a Durkl salesman who didn't know anything about the food portion of the store and he wasn't even identifiable as somebody who worked there. Have they smoothed everything out?

2:15,
I'm confused as to why a Durkl (clothing) salesman would be be working there. Are we talking about the same place? Everything they sell is food/food related. It's a small Asian grocery store.

It sounds like maybe they have refined the concept, or maybe it was only a temporary situation for the Durkl rep to be there. At any rate I've give them another shot, it seemed very promising.