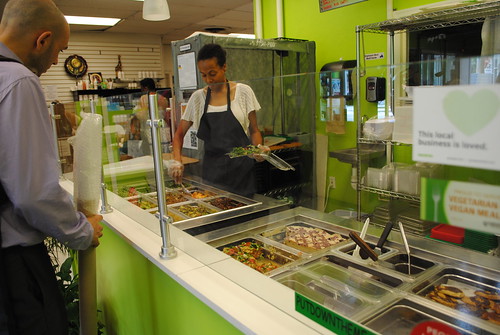 In reviewing my Twitter feed, I saw a tweet sent out July 24th by the ever informative @Oortville with a screenshot showing that Googling "events in DC" reveals a listing for a concert by the popular band Death Cab for Cutie (you might have to scroll over) tomorrow at  Khepra's Raw Food Juice Bar (402 H Street). According to the band's website they are currently on tour in Australia. So even if Khepra's weren't a tad bit small for such an event, this would seem to be some sort of error or joke. No time is provided for the concert, but it seems like an excellent excuse to stop by Khepra's for some genuinely tasty fare (seriously!). I see Reddit also noticed the posting, but @Oortville appears to have beat them to it. 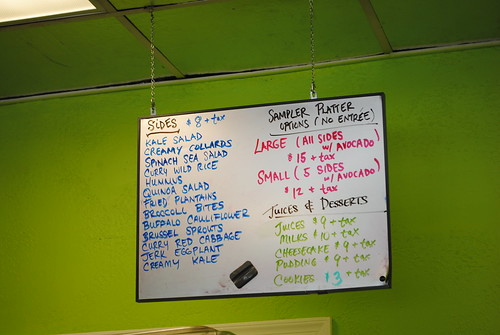 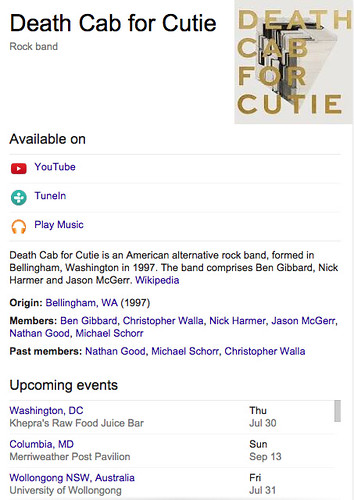 Screen capture of the event listing 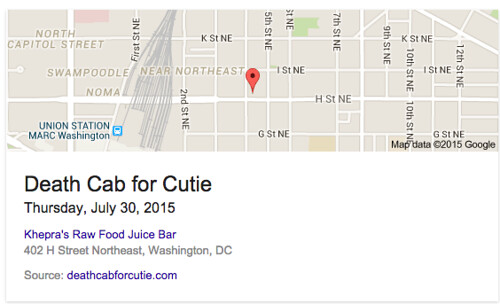 A second screen capture of the event listing
Posted by inked at 11:55 PM

ohh. nice wall paper on the main page. is that from inside Khepra?

2:42,
Thanks! That's actually the second floor of Driftwood Kitchen when you look out onto H Street. I thought it might be fun to rotate through some different photos from the area over the years. Going with b & w for now because it's less distracting.