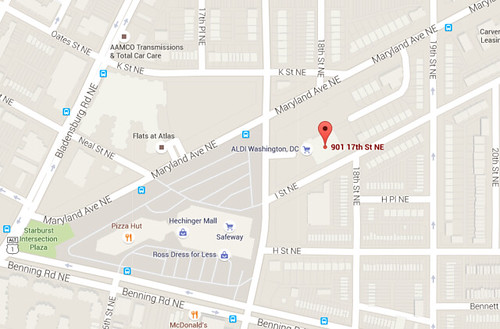 Two masked men dressed in black clothing robbed the ALDI (900 block 17th Street) grocery store near Hechinger Mall early this morning. The men, who were African American, entered the store about 6am. One of them carried what an MPD representative has described as "a sub-machinegun [sic] style weapon."
No injuries have been reported, and MPD is asking anyone with information about this incident to call 5th District detectives at (202) 698-0660.
Posted by inked at 12:08 PM

Did they get away on the street car?

aldi has good deals. their prices already give to the poor (and the upper middle class). why rob them?

Because that's where the money is?

Aren't submachine guns illegal in DC? How could this happen?