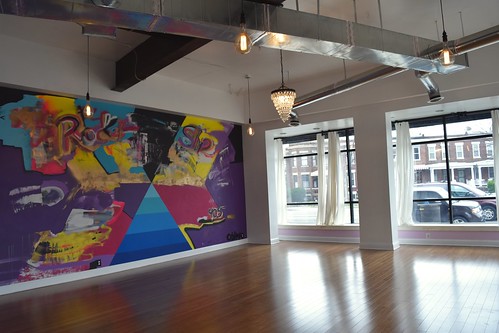 When Merideth VanSant first moved to the neighborhood she set about searching for a local yoga studio, but couldn’t find one that offered the power flow based classes she loved. It was the identification of the services gap that spurred VanSant to open her own studio in a former liquor store on the edge of Trinidad.

405 Yoga (1000 Florida Ave) welcomes practitioners of all skill levels, with VanSant emphasizing that anyone can do yoga. The studio offers two donation-based classes a week, and also runs a free yoga class on Sundays at Union Market (1309 5th Street).  405 Yoga is located just across the street from Gallaudet University, and VanSant has made sure to reach out to the local Deaf community. The studio holds ASL yoga classes on an occasional basis, and has a teacher who conducts ASL workshops. 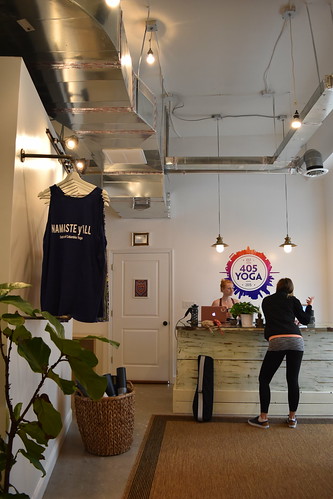 VanSant says that 405 Yoga currently has about 100 full-time members, but that about 700 people actually practice out of the studio. According to VanSant, virtually all who attend classes at 405 Yoga live nearby, with the bulk of practitioners coming by bike, or on foot. She’s working on getting a bike rack for outside the studio. She points out that there is typically plenty of un-zoned parking available nearby. 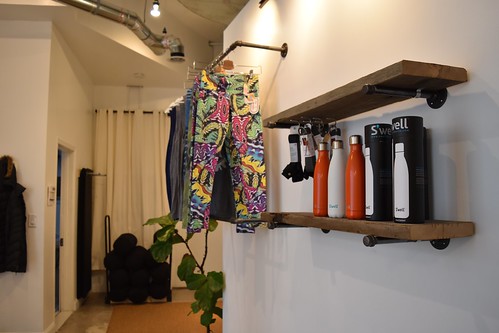 On Wednesday nights the studio dims its lights for the Heart BEATS class (6pm) featuring an eclectic mix of electro-pop, 90s rap, and classic rock. VanSant describes it as a “mindful heart explosion” intended to give participants a great moving meditation while they work up a sweat. On Sunday nights they have candlelight yoga with live acoustic guitar and vocals. Mats are available for members to use at no cost, and you can slip out of your street clothes in into yoga gear in the changing rooms. 405 Yoga offers a $69 unlimited pass that allows new yogis to try out different instructors and classes. Full-time members pay $110 a month for unlimited classes, and get a discount on retails items for sale in the shop, as well as on workshops offered at the studio. 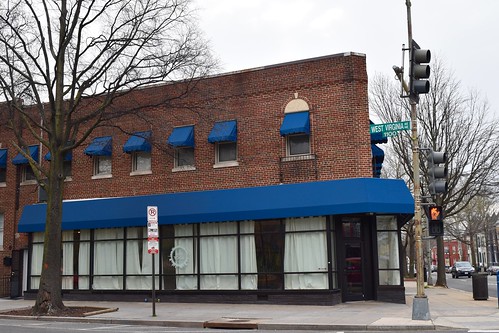 405 Yoga has also forged an exciting partnership with nearby W.S. Jenks Hardware (910 Bladensburg Road) that will allow them to offer seasonal rooftop yoga classes on Tuesdays, Thursdays, and Saturdays. That program will launch with an event April 23rd. The yoga program at Jenks will operate as a satellite site, with classes open to anyone with a membership at the main studio. There are currently retail spaces available in the 1000 block of Florida Avenue, and VanSant says she’d especially love to have a coffee shop as a neighbor.

Details on Saturday's Sky's the Limit Party
*Come even if you aren't planning to do yoga, as it's a general celebration*