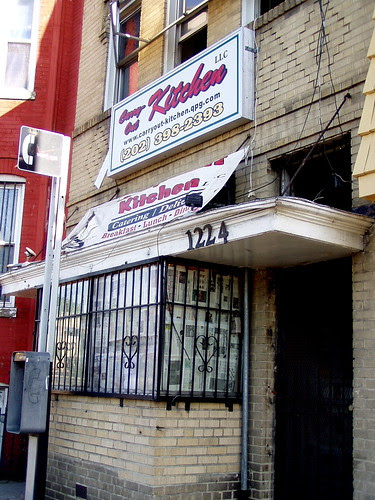 1224 H Street. The future site of The Bee Hive: a Mexican restaurant with a summer beer garden out back. The Bee Hive will feature a jukebox, but no live music 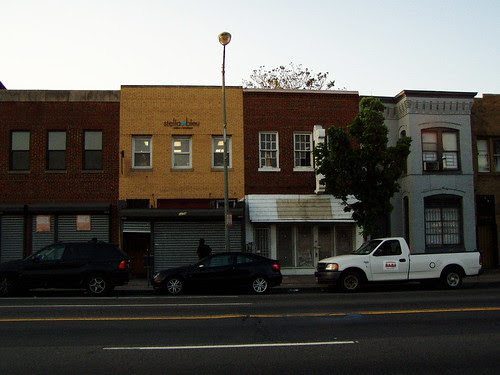 The sites of The Olympic (1206) & Show Bar (1210) flank Stella Bleu (a boutique & hair salon). The Olympic will have a sports theme. The Olympic has been awarded a CT (tavern) license, but Joe Englert has said he might operate it as a CR (restaurant) instead. Show Bar will have an 1800s circus theme. It may feature live acts such as performers lying on beds of nails. Circus related items will be on displace. Circus oriented food will be included on the menu. The gray building on the right shall house Red and Black. Red and Black, which seeks a tavern license, is to be a New Orleans style bar with live music upstairs. 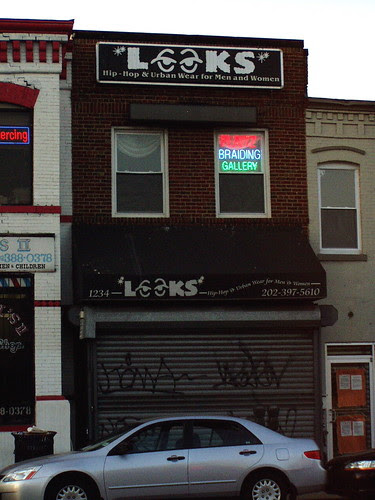 1234 H Street. The proposed home of The Pug (or The Pugilist), a boxing themed tavern featuring a pool table and a juke box, but no live music. 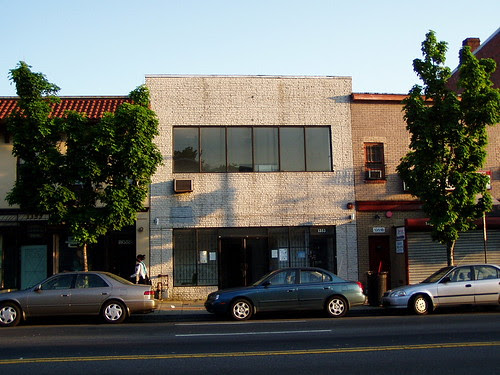 The Rock and Roll Hotel will occupy this former funeral home. A hotel in name only, this restaurant will feature a 1940-50s style hotel look downstairs. The upstairs will consist of 12 rooms that will be available for parties & events. Each of the 12 rooms will be decorated by a different artist. Heavy appetizers will be served on room service trays.

Joe Englert is planning other enterprises on H Street, but these mentioned above comprise the licenses he is currently applying for, or has already received. With the exception of the building occupied by Looks and the hair braiding place, all of these buildings were vacant at the time they were photographed.

I have lived near H St. for not quite 10 years now and I would love to see some changes. I'm still not sure how I feel about all of Englert's restaurants coming in at once although I understand the idea behind it. Frankly, I don't frequent restaurants all that much and I'm not sure how all the restaurants on the Hill survive. But here's what I would like to see close to me: a bakery with good bread and sweets for the occasional treat; an office supply store to buy poster boards for my kids' school projects, printer paper, cartridges, etc. without having to go to Innervisions on 8th (weird hours) or downtown; a gift card shop so I don't have to schlep to Trover's; an independent book store where I could browse instead of just the chain at Union Station; a small fresh produce stand (in NYC these are called Korean Fruit stands -- because they are often run by Koreans) with top quality produce; a good kitchen or restaurant supply store; a xerox shop; a photo shop place; a pediatrician (ever since the Pediatric Center on Penn closed, most of us schlep to MD -- ridiculous). That would be a start and I can't believe such businesses couldn't succeed in the area esp. with the new SEC building going in. I guess I'm okay with all these restaurants but I won't be using them regularly the way I would these other businesses. What do other people need?

I'm just happy to see anything other than empty and vacant building. True the alcohol may be a bad addiction for some. And some other venues could be used in place of them. But I don't see any one else in our neighborhood purchasing these buildings and put it where there mouths are. If you don’t like what you see do something about it other than complain.

Have we heard about other types of venues? Someone mentioned a possible garden center, someone mentioned an upscale grocery store. Do we have more info on these types of areas?
I personally would love to "do something about it" and not just complain. But short of having 800K to invest, what else can we do? Would love suggestions.

Fantastic! This will be good.

Someone is doing a garden center further down like on 6th, but it's not a guarantee, I think they're testing the feasability. As for the alcohol, yeah, it's an addiction, but 4 dollar pints are infintely preferable to 1 dollar tall boys left in my yard. Yeah the paper bag really hides it.

As soon as this strip gets opened and stable, bakeries and grocery stores and pet shops and things like that will come too.

Is it just me or are some of these places simply too cutesy and too themey to be stomached?

I think Show Bar is definitely the most out there of the concepts (perhaps followed by the Rock
& Roll Hotel). Most of the others sound pretty simple to me. Maybe it is just a matter of how far things are taken. For example, look at the Big Hunt. The Big Hunt has a safari theme, but I wouldn't call it oppressively themey. I'll reserve that accusation for places like Bennigans, Ruby Tuesday, or Chuckie Cheese.

when pondering success- think back to 8th st SE? who woulda thought? as a NE-er rather than a SE-er... I can only hope we can find a way to rally around H St as much as 8th. and maybe we'll get a grocery store on OUR side of the Hill!!