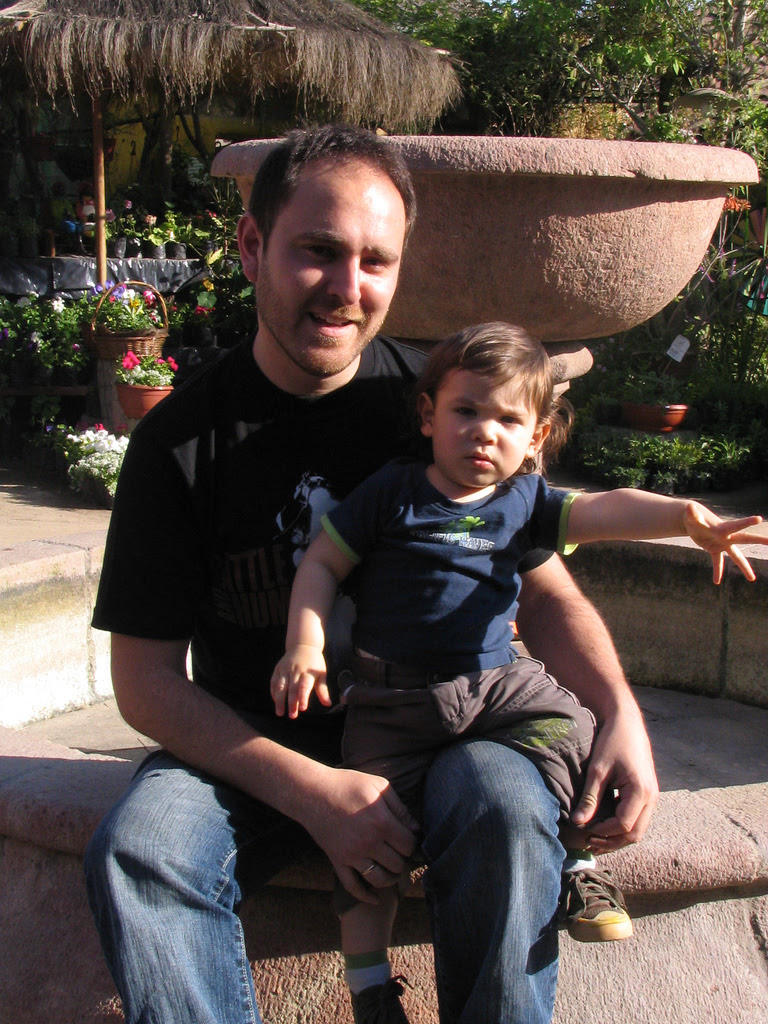 Esposito holds his son who he hopes can grow up aware of the many contributions his people made to the greater H Street area. Photo by Cristian Arriagada.
A local group of citizens, protecting their racial, ethnic and religious identities and egos are fabricating events, stories and folklore surrounding H street.
"15 different Roman Emperors were born in raised at 6th and G N.E.," said Jimmy Esposito, a lifelong resident of the block.
"Italian my ass," said James Woods. "They were all black and also Kings of Ethiopia."
"Very few people realize the Tibetan influence of the region," said Lao Tze Titen. "The Dali Lama had a fish shop here 20 years before Horace and Dickie's set up shop. He had some hellacious wheat bread, too."
"But no Asian man can make a crabcake like a black man can," said Woods.
"And the music just never was good at his shop."
"It was once little Italy around here," said Esposito. "I think it all changed the day Sinatra came and wore one of J. Edgar Hoover's little black skirts."
"Crossdressing Italians. We were doing it years before the blacks," added the long-time civic booster. "Things have changed around here too many times...usually not for the better."
Posted by inked at 12:02 AM

Yes, we do. That's why we cite other lying historians.

actually I am surprised I didn't end up in this one.