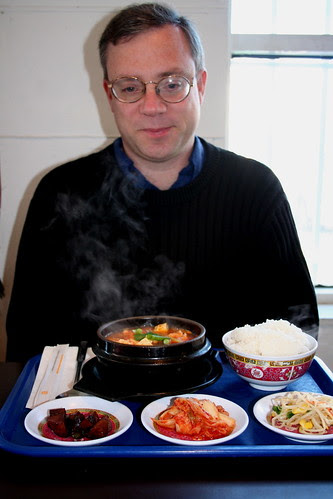 During a recent amplified press conference held at 8th and H Layman droned on about "Richard's 5 Rules of Naming Things After Himself" say that one, 'Something Should be Named After Me.' Two 'I, Richard Layman Should Do the Naming'...and I will come up with 3-5 if you give me an hour and a half."
Many long-time residents, short timers and even the homeless were incensed by the urban guru's ballsiness, while others praised his vision. Many residents and passersby were simply befuddled. "Is Layman some sort of reference to whoring and prostitution?" asked one lady smitten with the Holy Ghost. "This is a God-fearing street. No one should be looking for that sort of thing on my watch."
"I hated Atlas District. But Layman District? Sounds like some damn carpet company, not a place where you would go get a tuna roll," said another concerned neighbor who added that he was still waiting on that sushi place to open.
Layman has recently been seen around town wearing a snazzy bright green windbreaker with "Layman District" boldly printed on the back.
"I have some pens and a bumper sticker, too," crowed Layman.
A spokesman for the Atlas Performing Arts Center pointed out that thus far there is no evidence that Layman planning is building a $19 million dollar arts complex named the Layman.
Layman conceded this fact, but noted that he "do[es], however, have a medium sized garbage can that [he] wrote Layman on with white out." "It's sort of neat," said Mr. Layman. He also updated the community on his recent efforts lobbying ANCs 6A and 6C to officially adopt Richard's Rules of Restaurant Driven Revitalization as an addendum to the current H Street Corridor overlay.
Posted by inked at 12:01 AM

Inked -- they were all great, but I loved this one most of all.

(and I'm one who really appreciates Richard's insights.)

I like Richard a great deal too Nate. Did you happen to read the comments on Omnipotent?