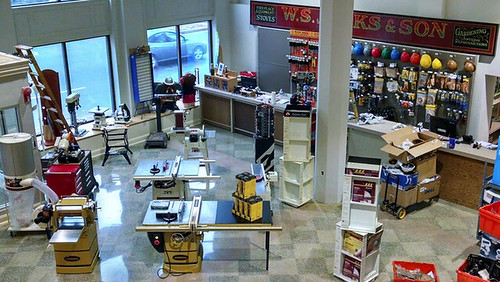 I know that many of you have been eagerly awaiting the opening of a local hardware store in Trinidad (and damn near the eastern end of the H Street Corridor). Wait no longer, it's happening Monday. I don't yet have their hours, but I spoke with a representative from W.S. Jenks & Son who confirmed to me that they will open on Monday. Current hours are Monday-Friday 7:30am-5pm. Saturday 9am-4pm. The hardware store's new space has been vacant since the owner evicted a methadone clinic in late 2009 (reportedly over unpaid rent). There is limited parking in the alley lot, and parking is currently available after 9:30am out front on Bladensburg Road (per a store representative). 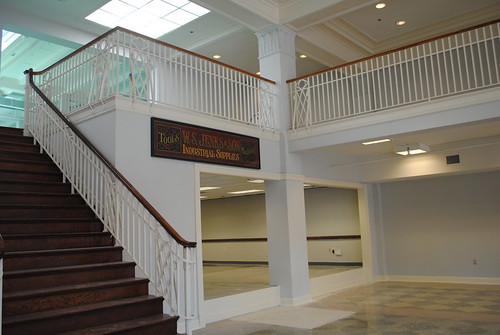 The space as it appeared during my September visit

W.S. Jenks was founded in DC in 1866 (their original location was in NW). More recently they operated on V Street NE, selling exclusively to industrial clients. The move to Trinidad is more than just a change of location for W.S. Jenks. It's also a return to the store’s roots. While W.S. Jenks and Son isn't turning its back on the government and other large clients, they are certainly turning a friendly face towards neighbors and anyone else who needs that special tool/material, and maybe even a little advice. They seem genuinely excited about taking back up the mantle of neighborhood hardware store. They've spent months enthusiastically spiffing up the space and stocking the shelves with all manner of goods. Need hand tools or home renovation materials? They've got that. They will also have pet food, camping equipment, fireplace accessories, garden supplies, farming necessities, and tool rental. 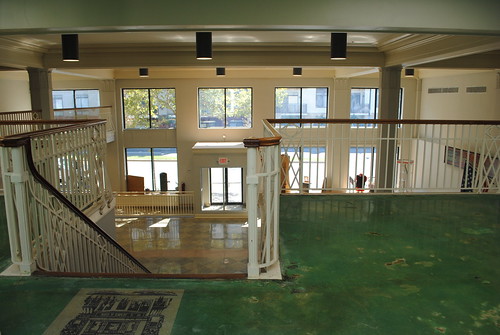 The polished concrete floors are awesome

On my first visit to Jenks' 910 Bladensburg Road (some months ago) I was struck by the visual appeal and openness of the space. I had never been inside it while it operated as a clinic or during its subsequent vacancy and I suppose I expected something darker and more institutional in appearance. I quickly learned that the Jenks team had already done extensive work inside, sanding and polishing concrete, and even installing skylights. The space totals out at 15,000 square feet, so this is no tiny corner hardware shop. They are almost certain to have what ever you might need. The photo above shows them stocked up, but I thought people might enjoy my photos of the work in progress (it really is a cool building. 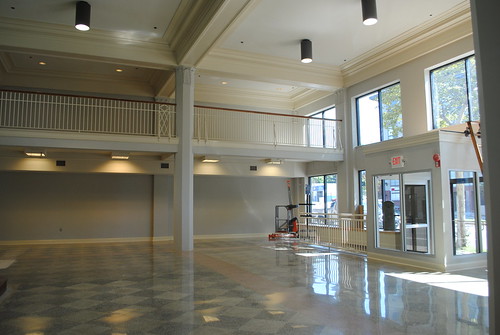 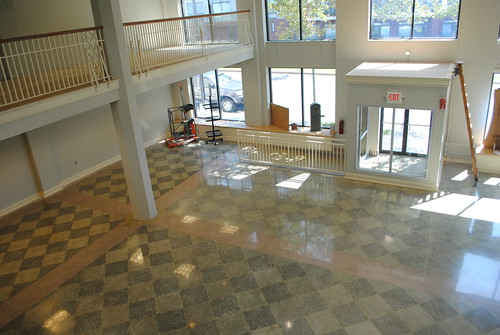 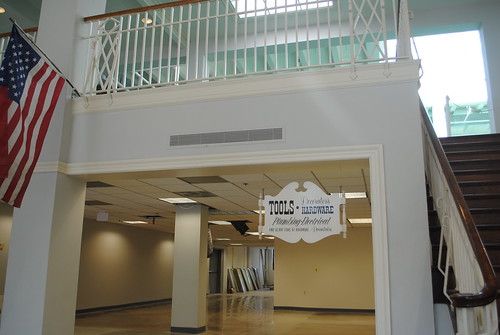 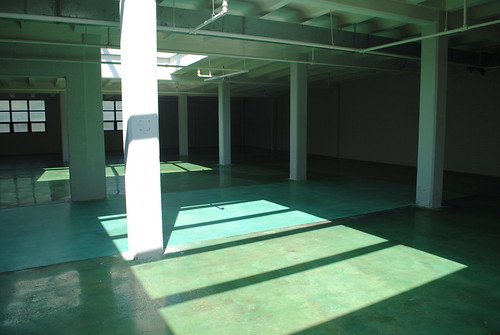 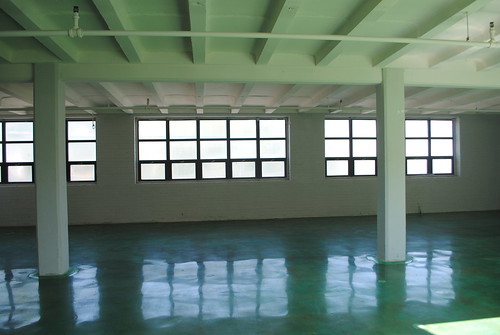 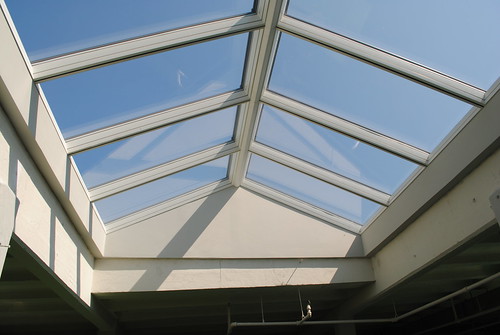 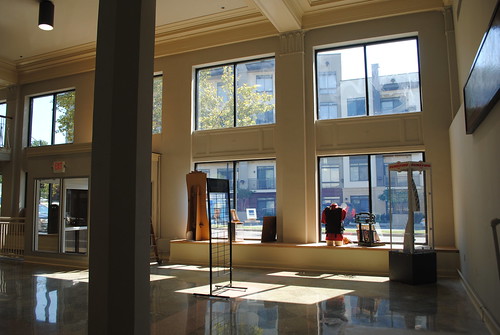 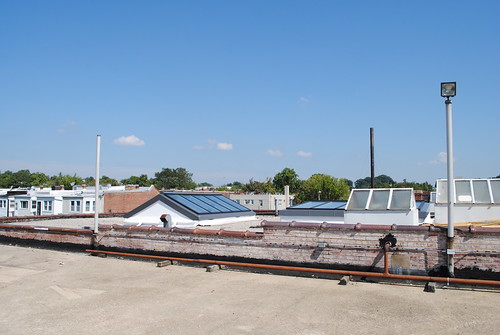 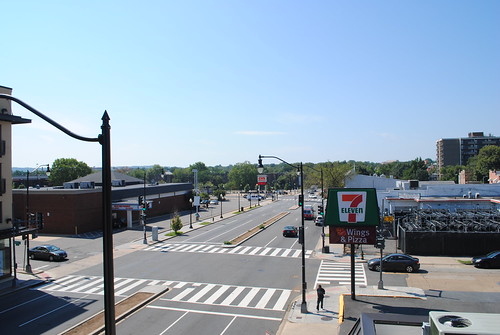 You can see much of Bladensburg Road and and Starburst from the roof
Posted by inked at 9:16 AM

That building is gorgeous! Can't wait to take a look.

ditto. building is awesome, inside and out. this is great

great news!!!! and the trolley begins service tomorrow. thumbs up!

They were kinda "soft-open" I guess? last week, and I scoped it out. They have a really good selection, lots of paint, and many exciting stationary power tools, including table saws! The space is beautiful, with cool columns and stuff. My dog is also very interested in the owl statue they have in the window, so there's that too. All in all, a solid addition to the neighborhood.

This is great! I went to their V St. location a few times, but I was always the only one there. Seemed a solid place with quality items and tools, but the location was so tucked away and out of view that I wondered how they'd stay in business. I'll be at the new place a lot--they could give that Capital Hill place a run for their money...

This is AWESOME! Finally, an alternative to Home Depot.

I seriously envy the person who has the space for a cabinet table saw in their DC home.

Wonderful--it looks great and will be a welcome addition to the 'hood.

Wonderful. I love Fragers to no end, and I'm sorry for their fire loss. But if this place is well stocked and knowledgable there's no way I'm going to keep darting between Frager's 3 interim locations to get the stuff I need.

Just went in there - place looks great! Lots of random knick-knacks and serious tools. Paint, shovels, screwdrivers, sledgehammers - everything seems of decent quality. Really excited to be ditching HD once and for all!

also just visited. it's a GREAT place, really friendly staff willing to listen to the needs to the community and flesh out their already considerable stock to include items requested by their patrons. YEAH! it will definitely be our go to for sure in stead of HD.

Yea! They're open during the exact same hours as people with real jobs.

No one I know with a "real job" works on Saturday from 9am-4pm.