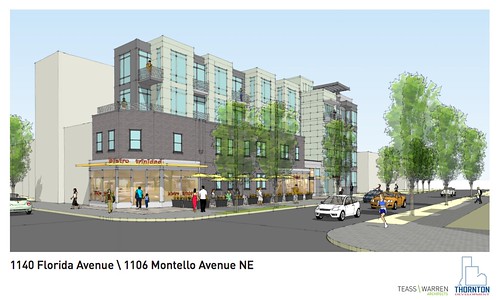 For years the lot adjacent to Eli Carryout served only as parking and a host space for the occasional community event. In recent months the concrete came up, a hole was excavated, and the start of a building rose up. What we're seeing is phase I of a new development from Thornton Development LLC. Developer Justin Thornton lives in Trinidad, but he's is a recent transplant from ANC 6A where he served on the Economic Development and Zoning Committee. Thornton is originally from the District and boasts nearly a decade of experience in the real estate industry. He also spent time working as an urban planner for the Maryland-National Capital Park & Planning Commission. He's renovated over a dozen homes in DC and is currently working on 21 residential units spread over three projects. 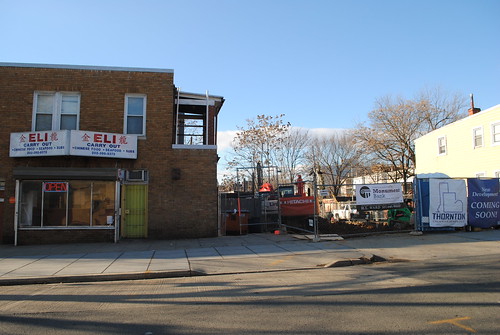 Phase I of the Thornton Development project at 1106 Montello

Phase one of this project is an eight unit condo development (nine if they can get a special exception related to the parking). Individual units would start in the low $400,000s. There will be four parking spots, which will be sold to the building's residents separately from the units. Look for green vegetative elements on the rooftop patio. The architects for this project are Teass \ Warren Architects, and the contractor is AQ General Construction. Financing is via Monument Bank. 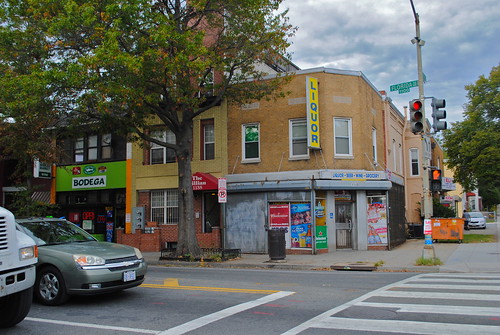 Thornton has also acquired the two buildings that house Eli Carryout and Brother's Liquor. These are part of his phase II plan, which would involve apartments rather than condos. As you can see in the rendering they plan to include a retail component. When I first spoke with Thornton his group had yet to come to an agreement with the owners of Brother's Liquor who still had a few years on their lease. An employee of Brother's had also told me that they were speaking with both the property owner and a party interested in purchasing Brother's to continue operating as a liquor store (the current owners had already decided to sell). According to a recent post from the Trinidad Neighborhood Association that negotiation may have reached its end with Thornton winning out. Eli's lease ends in the coming months, so we could see the start of phase II before long. 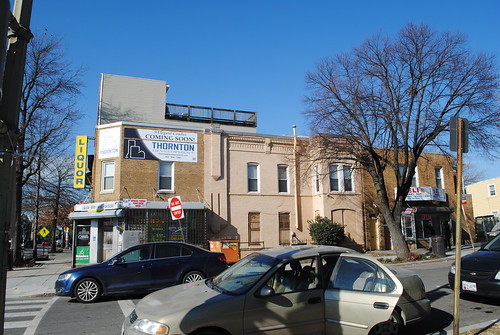 The buildings that Thornton plans to redevelop per the rendering above 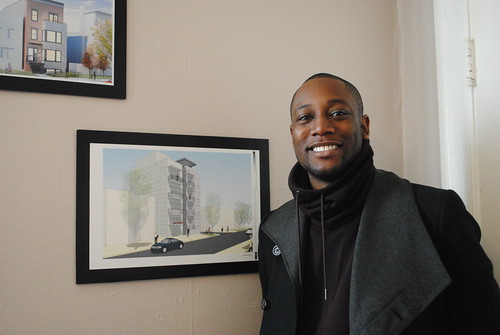 Thornton provided somd videos and photos of past projects in case readers would like to see examples of renovations with which he has been involved. 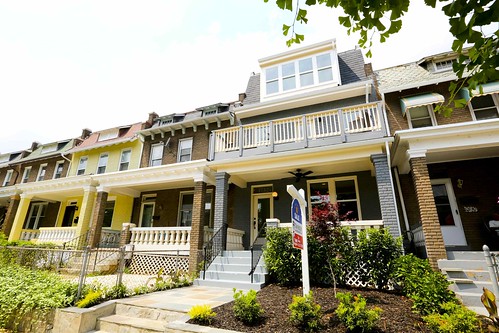 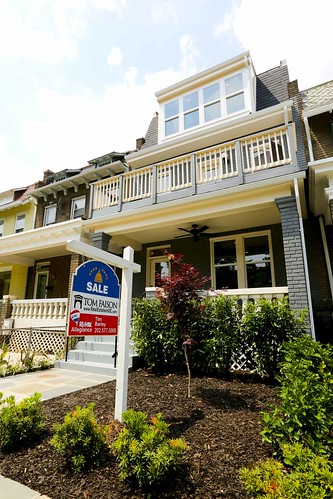 The drawing looks good, I hope this project works out.

It is nice to see at least one of the many projects being done here being built by someone that actually lives in the neighborhood instead of NW DC, MD or VA.

It doesn't look like Phase II will have parking for any of the units. There is little street parking there already (bus lane, none on Florida, etc.).

Loving the design and the fact that it will include retail. Looking forward to this addition to the neighborhood.

sounds like the dude works hard and is attentive to detail for his business. i wish him luck in the neighborhood.

The amount of condos going up around that area is pretty impressive. You have the ones on the 900 block of 12th (at least three) and the intersection of 12th and Florida where Jimmy's parking lot used to be. Plus, 900 and 901 11th St are both going to end up being two unit (at least) condos.

Is there that much demand for expensive small spaces in our neighborhood?

You kidding me? H street is on fire. I would say yeah, the demand is there.

@ Jesse and Anon 11:44,
From what I can remember, these are the new buildings coming to the area:

Kendall Row/Capitol Oasis - 9 five story condos
915 12th St - 6 luxury condos
Jimmy's Tire - 49 condos
Buildings at 911/013 12th St - ? # units
Kendall Row (or another group) was rumored to be adding additional units behind that and Jimmy's Tire. Not sure if they will be built or not; nor how many.
Old Avila Garage in 1100 block Florida Ave - want 50+ units
Thornton Development in 1100 blk Montello - 9 condos plus unspecified # of apartments
Church in 1100 block Montello rumored to be replaced by 6 condos in the future.
1401 Florida Ave - 28 units (zero parking)
Lock 7 on Florida Ave - 50 units (7 parking spaces?)
Ditto Residential on Florida - 45 units
Old Dr office on Montello and Oates - was to be 9 units; failed project thus far by I.S. Enterprises. Old building destroyed and property has been sitting empty for a long time.
Level 2 at 320 Florida Ave - 315 apartments
Eden's inside Union Market area - over 500 apartment units
Building corner Florida and West Virginia - 3+ units? Can't tell how many going in there.

Plus all of the other houses in the neighborhood that are being converted to very expensive 2-4 unit condos.

The influx is already changing the character of neighborhood and that trend will continue. There is very little affordable housing available anywhere and developers are adding what they are mandated to include only if they have to include any affordable units. The need for all of these very expensive small spaces with little to no parking and limited public transport options may wane as people marry and have kids.

I will miss Brothers Liquor greatly. That place was awesome and the guy was super friendly.

10:24,
If it makes you feel any better, that guy really wanted to move his family to California. They'd been looking for a buyer for the store for a while.

BZA was submitted for Phase II

BZA was submitted for Phase II