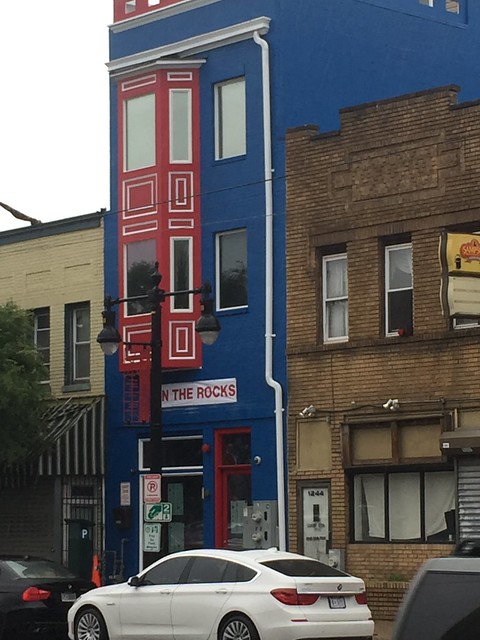 On the Rocks to Claim Da Luft Space

Da Luft (1242 H St.) has closed its doors, and changed owners. Plans call for a new place called On the Rocks to open in the space in the next few weeks. Thanks to Pat for the initial tip, and Chris Seagle for the photo above.

Urban Turf reports that developer EDENS has requested a delay for an approved Planned United Development (PUD) that calls for additional floors on top of the existing Union Market (1309 Fifth St.), and may be making design and use changes to plans including that and another building behind it.

Cycling studio Cyclebar is coming to the space at 1140 Third St. NE Suite A-102 in NoMa. The studio's website notes that they will be giving away 2,500 free rides as they "get up and riding." Sign up under their rider link for more details.
Posted by inked at 6:58 AM

as long as i can keep gettin my stab on in that place, is all good!

Was there a stabbing at "Da Luft"?

owners might be different, but they must've used the same garish painter

On the Rocks is having their soft opening...