Boundary Road has Closed to be Replaced by Bar Elena 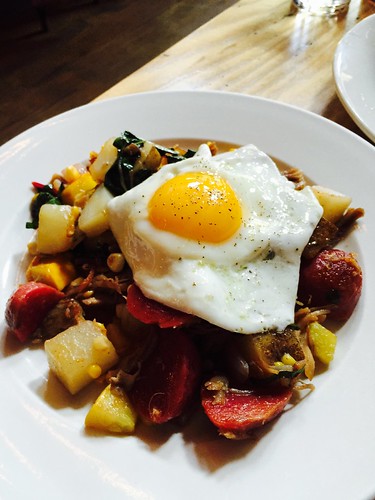 
The announcement came yesterday that local restaurant Boundary Road (414 H Street NE) has permanently closed its doors. Boundary Road opened its doors in February of 2012 offering a seasonal menu in a casual bistro atmosphere. Not long after the restaurant hosted its first customers, Boundary Road got a Presidential nod as the Obamas sat down to dinner there.

Over the years Boundary Road has offered a creative and often changing menu to diners, along with thoughtfully put together beer, wine, and cocktail lists. They've hosted a series of events, including a late pop-up where you could sample a tasting menu from Sally's Middle Name  (LINK PLAYS SOUND, 1420 H Street NE) before they opened, and a kitchen takeover by a Toki Underground (2nd floor 1234 H Street NE) chef serving up decidedly non-traditional tacos. 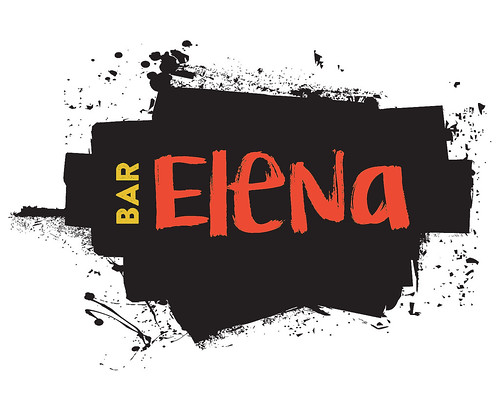 In late August Bar Elena will open in Boundary Road's old spot. Bar Elena comes to us from Karlos Leopold (an owner at Boundary Road), and Chef Adam Stein (a familiar sight along the corridor, with plenty of experience in its kitchens). Bar Elena will feature a New American menu, an expanded bar, and arcade games (including some nostalgic pinball machines). Those games will occupy a small space behind the dining area.

Leopold and Stein plan to keep the focus on craft cocktails and local beers, and to continue to use local and seasonal ingredients from area farms in the food they serve at Bar Elena. We can expect to see an increased focus on partnering with local brewers and distillers. 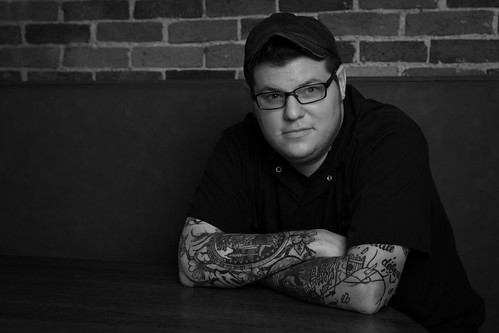 According to Stein, “[t]he aim of the transition to Bar Elena is to focus on all of the strengths that
made Boundary Road successful, but with fresh updates that reflect a changing
neighborhood and city.”

"with selections priced at $11-$26". $26? That was Boundary Road's problem - overpriced mediocre food. Please stop it. Charge fair prices if you want your business to survive. $28 for boring brick chicken? I are you kidding me? Give me a break.

y'all don't even understand, it's a curated culinary journey through multiple sight and taste experiences

I sure hope he pays the Boundary Road staff the back wages he owes them. It was really nice of him to email them the morning of the closing to let them know that they no longer had jobs.

I'm with anon @ 7:36. I went there once in about 2013 and left feeling the food was nothing special and the prices were way too high. I never went back.

So now it will be overpriced bar with video games millennials will never have anything because they have no sense of value. They love paying triple the cost for what they are actually recv. Micro Apartment , bowls of rice, organic foods.

I beg you - do a killer brunch. I live on the block and have had issues finding brunch on Saturdays/a friendly FUN place to go get bottomless mimosas

I live 2 blocks away and thought Boundary Road was pricey but decent, but lost interest after they started pushing the foie gras contest a few years ago and never went back.

I will never be a bowl licker!

give me a brunch spot to go get f-ed up with my girlfriends, bottomless bloodies, avocado toast, omelettes, girl you know i'm down.

When I hear "bottomless mimosas" I think "crap brunch with lousy food, but the millenials will love it".

When I went to Boundary Road I liked it; but I didn't love it, and there are lots of places in DC and on H Street I like, so I didn't go there that often. In fact, the last time was quite a while ago, so maybe it got worse in the time since?

I do wonder to what extent the people here that complain about how "overpriced" it was really have any idea how freaking much money it costs to operate a restaurant in DC. I remember from ~2007 or so on this blog, when a bunch of people here were ranting about places like Georgetown Cupcakes charging $2 for a cupcake and how ridiculously overpriced that was, until Joe Englert dropped in, laid out all the numbers, and showed that even at $2 they had to sell north of 300 a day just to avoid immediate financial collapse. Most of the restaurants that most people think of as "overpriced" are still barely afloat. That's how expensive it is to operate a restuarant in DC.

@2:15 I understand your point about the cost to operate a business, but are you justifying the high the price for what they deliver to the customers. They simply want to make a profit regardless of the value delivered to you/

In a free market the consumer can simply walk away and choose not to pay inflated cost that is America, but don't be Co dependent.

My wife and I loved Boundary Road and are sorry to hear it's closing. They already had a great brunch, dinner was expensive but not unreasonably so for DC, and in particularly we liked to pop in there to pick from the great drink list on a quiet night out. The neighborhood is obviously changing and businesses need to keep up, but BR doesn't deserve the negativity others are dishing out here. Hopefully Bar Elena works out.

Anon 4:34 -- By all means, if some establishment doesn't seem worth the cost, then one shouldn't patronize it. And if by "overpriced", someone simply means "costs more than I would want to pay for that product/service/whatever", then that's fine. But it seems to me like most of the time, people use "overpriced" to mean "costs more than it needs to -- marked up for big profit." If someone thinks there's a lot of that among the restaurants on H Street, they're very likely ignorant of how those dishes have to be priced just to recoup costs alone. "I can make that dish for < $10/person at home, so why can't the restaurant?" and silliness like that.