DDOT Back in Time Tells the Story of District Transportation History 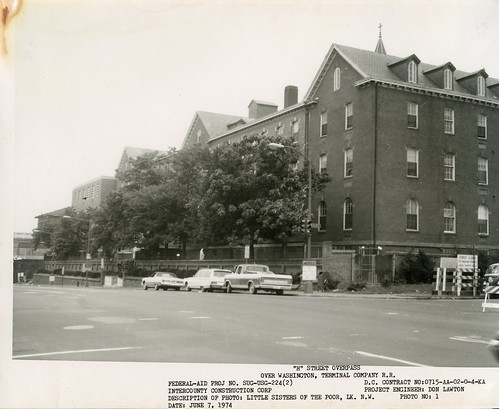 The District Depart of Transportation (DDOT) has launched a new website called DDOT Back in Time to highlight the agency's photo archive. There are over 2,000 images on the website, and DDOT is calling it "a comprehensive database of transportation-related photographs and other materials dating back to the early 1900s."

Now anyone will be able to easily access historical photos that tell the story of the District's transportation history. Bridges, streets, transportation systems, bike and pedestrian facilities, and public events. Many of these materials were previously available only in paper form. DDOT's still adding materials to the website. Apparently they have about 9,000 total items in their collection, including photos, maps, news clippings, and other historical documents.

“When I joined DDOT, I discovered a library full of boxes," said DDOT Librarian Kathleen Crabb. "I wanted to unlock this hidden treasure trove and give everyone access to our photographs and other documents that record the city's history. Two years later that dream is now a reality."

DDOT also has a Tumblr account where you can find some of their photos. 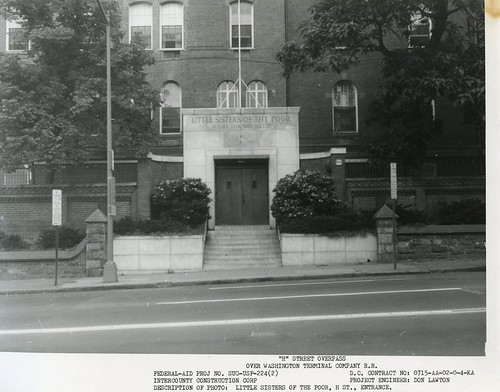 
The photo above shows the Little Sisters of the Poor Home for the Aged, which remained on H Street until 1977. It later became the Children's Museum, and then the Landmark Lofts.
Posted by inked at 7:38 AM