Atlas Arcade to Close at End of September 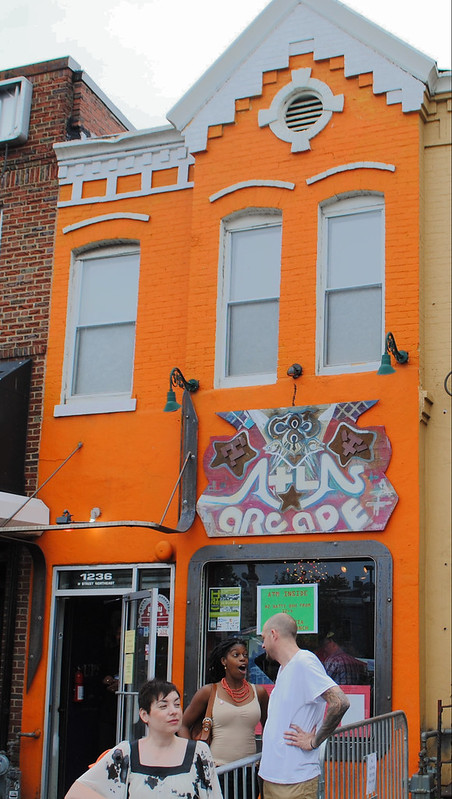 Atlas Arcade (1236 H St. NE) announced yesterday that it will close at the end of September. A tweet posted to the bar's account reads "We regret to inform you that Atlas Arcade will be closing its doors at the end of the month. We had a blast serving you and enabling your inner child for the last seven years, but all things must come to an end. Come by and see us before we leave!"


Atlas Arcade is, of course, a retro video game themed bar where you can play all manner of video games, including some set up at the bar. They've also hosted movie night with free popcorn over the years. The bar opened in 2012, replacing Fruit Bat, which served very tasty cocktails often made with fresh squeezed juice. Atlas Arcade was originally announced in early July of 2012 under the name BARCADE, but there's a group of bars elsewhere on the East Coast with that name, so a few days later they held a naming contest on this very blog and Atlas Arcade was chosen as the winning entry.

Atlas Arcade, and Fruit Bat before it, and newly opened upstairs neighbor Idle Hands (and Church & State before it) are associated with Erik Holzherr‏ who you will likely know from Wisdom. I suspect we may see another bar from him replace Atlas Arcade. Time will tell. 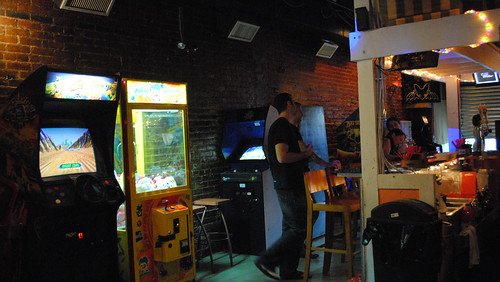 Sort of a shame. Too many of the machines unfortunately were not maintained well. People aren't going to come to a gaming bar when they can do the same thing at home. It needs to offer well-maintained machines and experiences you can't get at the home. Some of the choices were odd too, like they needed more classic games like SF, Mortal Kombat, Daytona. Games that were a blast to play with your friend and/or opponent right beside you.

A damn shame - I will miss that place. It must be tough to make ends meet running an arcade in an expensive part of the city.
I feel like they could have done more though. To carry on w/ Anon 4:43 - if they're going to be a niche arcade spot they should go all out and get the classic 2 player/multi player games and make sure they were always up and running. Also have an option to play by the hour and not quarters would be have been nice.

This is honestly so awful. This place was a god damned national treasure and now an H Street staple is gone. Where else am I supposed to play Big Buck Hunter?!?