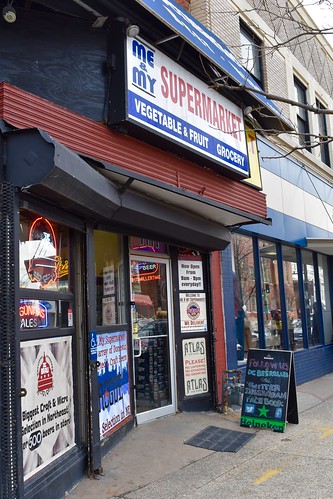 A reader emailed me with a tip about Me & My Beer Market (1111 H Street, the sign says supermarket, but they go by beer market) and the American Rescue Workers Thrift Store (1107 H Street). He said an employee at Me & My told him the market would close sometime next week, and that both places have been sold to a developer who intends to build condos. I reached out to Me & My for comment, but I haven't heard back yet. Sent off a few emails to other folks who might have information, and headed down to investigate. Spoiler: the tip info is mostly correct, but not about when things will close. 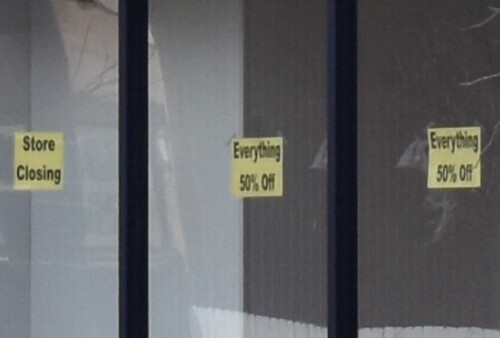 The American Rescue Workers Thrift Store is definitely closing soon. In fact they now have signs up indicating that the store is closing and declaring all merchandise to be discounted by 50%. On a later visit to Me & My Market an employee told me that the owners are indeed selling (or have sold) the building and it's basically a done deal. But the store is NOT closing its doors next week. They have until November to vacate the space and will stay open to sell off existing inventory. Will condos replace these two adjacent structures? That seems like a decent possibility, but I really don't know. 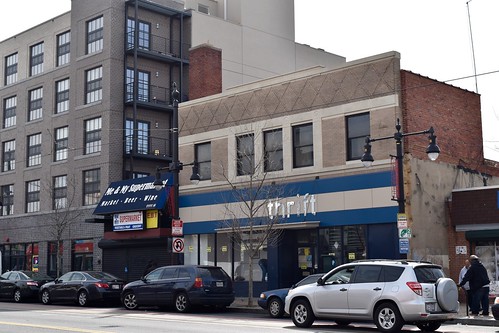 But, but where will all of those bums hang out?

4:29,
I'm not aware of a loitering issue with either of these businesses. Most of the six packs at Me & My are craft beers and they aren't necessarily low budget items.

But where will I be able to bet on video horse racing? Help me.

Me & My delivers beer. Period. Those condos better be damn nice.

Please, developers, be a good neighbor, dedicate the ground floor to commercial space...

The "bums" don't hang out in front of either of these places...
They hangout at the corner liquor store.

And Me & My doesn't have betting on horse races.

Where are you getting your facts???

@10:38 The developers probably over inflated prices. They property owners on H don't seem interested in filling space. Look at how many empty buildings there are. It can't be that demand is not there as much as it is that suppliers want to hold out for more money.