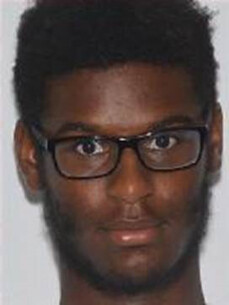 Police are still seeking Malik Morris as a suspect in the Nov. 26 murder of Randall Francis

A man was waiting for the the bus at a stop in the 1100 block of Orren Street NE about 4:30pm yesterday when an "unknown black male"  came up and hit him in the head with a pipe before fleeing the scene. The victim was taken to a local hospital where he was treated for non-life threatening injuries. [Based on an email from Lt. Brian Brown to the MPD-5D Yahoo Group]

The Washington Post published a story Dec. 3 with more details on Sunday's shooting of a cashier during an attempted robbery at the Whole Foods (600 H St. NE). The story describes the arrest of shooting suspect Michael Victor Whatley Jr. after he was found hiding inside a closet at his apartment. There was a loaded "Russian-made ATI Saiga assault rifle made by Kalashnikov" in the closet with him. The author also confirmed something that I know many of us had been wondering about, whether the shooter is the same young man mentioned in a 2012 WaPo profile of a college student who grew up in Rosedale. The profile describes a young man who found release and escape from the problems around him in football, acting, rapping, and writing poetry. The more recent article goes into some of problems that plagued Whatley in subsequent years, and offer some hints as to the path he finds himself on today. During the attempted robbery during Whatley shot a cashier in the chest before pointing the gun at the same cashier's head. Having been shot once already when he was unable to open the register drawer, the cashier struggled with Whatley and was shot again in the face. Whatley then fired off more shots before fleeing. The cashier is expected to recover from his injuries.

Police continue to ask for the public's help to locate 20-year-old Malik Morris, who is wanted for the murder of 20-year-old Randall Francis. Francis and Morris reportedly knew each other from their student days. Family members who attended a vigil this past Saturday told WUSA 9 that the Nov. 26 shooting, which left Francis dead and another man wounded, grew out of a petty dispute.

WUSA 9 also has a short piece on an educator from Eastern High School who remembers both young men as students.

So his family and friends are hiding him from the police? Can someone explain to me how this guy or, the guy who shot the wholefoods cashier in the face! How are these two criminals victims? In what reality does someone who intentionally harms another human being deserve to be classified as the victim?

Sometimes you can be a victim of circumstance, but it doesn't mean you are excused from prosecution.

It's so sad, one man is dead in a dispute over a woman.

I dont believe there is any circumstance that justifies hurting an innocent person, but i was just raised to treat others kindly.