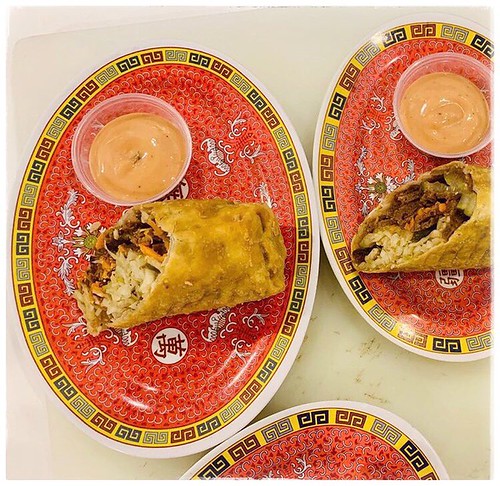 You Can Now Get Your Rueben Fix in Egg Roll Form

Movies (& a Springtime Move?) at The Pursuit

Reader and neighbor Karen Ramsey let me know (and The Hill is Home recently mentioned) that plans are in the works for wine bar The Pursuit (1421 H St. NE) to relocate a little closer to much of the nightlife on H Street NE. The Pursuit will reportedly move to the 1100 block of H Street sometime in the spring of 2019. Speaking of The Pursuit, did you know that you can join the gang for a movie night each Wednesday with their Popcorn and Prosecco series (7:30–11pm)? The film starts at 7:30pm, and they will be watching Christmas Vacation this coming Wednesday. Free popcorn for everyone and $7 glasses of prosecco available all night.

A neighbor sent word that a new pop-up wine bar has taken up residence inside local bakery Pluma (391 Morse St NE). Pluma Noche operates three nights a week (Thursday–Sunday). Long-time sommeliers Omar Hishmeh (Bistro Bis, Vidalia, Woodward Table) and Bryan Smith (Bistro Bis, Fiola Mare & Prequel) are behind the effort. The wine menu will change from week to week depending on which wines have occupied their their thoughts and what interesting discoveries have come their way. It's a quality addition to the thriving culinary scene growing up around Union Market and NoMa.

Pluma Noche will offer wines by the glass, as well as some only by the bottle. Look for a short menu of snacks and small plates (cheeses, charcuteries, and some of Pluma's regular offerings).

The 1200 block has turned into a blight. Gone are the days of Red and the Black, Vendetta, Palace of wonders, now replaced by many shady outfits. Hang in there Pug!

Too many Hot neighborhoods to go and not enough people with money Noma, The yards, the wharf, 14th street, Mt Vernon Triangle are rising. While E Mkt, Gallery Place and H street are in decline.

A tad dramatic there guys, no? I miss the places listed above too, but “a blight?” That seems extreme. There are plenty of nice places on that block & the surrounding ones.

Please can Pow Pow clean up their menu?