Cusbah, Victorious in Court, is Here to Stay 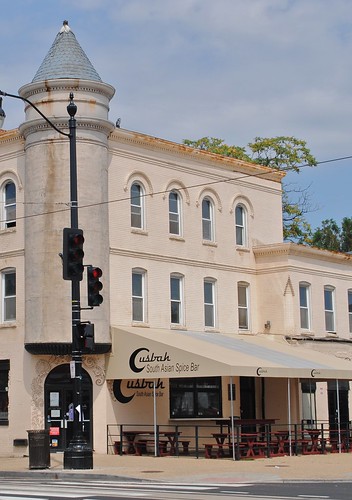 Some months back it came to light that local Indian/Pakistani restaurant Cusbah (1128 H St.) was involved in a dispute with its landlord. The conflict devolved into the landlord causing a for lease sign to be displayed on the front of the building, a rumor the restaurant would close by May of 2016, and a court battle when the landlord tried to evict the business. Last night I received an update from an attorney for Cusbah, Steven Hessler. Mr. Hessler is also an owner of Gallery O on H (1354 H St.), and a long time fixture on H Street. He reports that Cusbah was victorious in court, and is ready to put the dispute behind them. His update (edited slightly for format) appears below. Perhaps a celebration over pakora and lamb vindaloo is in order.

I am happy to report that today the Court heard and decided the landlord’s case for eviction of Cusbah; in a nutshell the landlord, Ms. Quander, took the position that Cusbah was a ‘holdover’ and had not exercised its right to renew; my firm was engaged by the owners of Cusbah to defend the case, extend the lease and beat the eviction.

Today Judge Wellner, after a full trial at which the landlord and the tenants testified, and based upon our evidence and my partner’s oral argument and our (Rich Bianco’s and my) legal research and case development, were able to DEFEAT the complaint for possession, extend the lease and keep Cusbah in place for another 5 years; I deferred to my partner Rich to handle the trial and he did a magnificent job.

We regard this as a total victory, subject to a motion to reconsideration or appeal by the landlord; we have ordered the transcript of the trial and court decision and will share it with you if you like.

Although Cusbah is a client, they are also a friend; and this is what “H” St Friends do for “H”St Friends. Feel free to contact me for more information.

Hessler/Bianco
Posted by inked at 7:01 AM

wow! that's great news! as a side note, if i were the tenants, i'd already be working on a post-five year plan. i have a hunch that even if the owners appeal and lose this appeal, they will likely do everything in their power to ensure 'vengeance' and make sure that Cusbah are *out of there* when the five years are up. the earlier they start planning, the easier it will be in five years to keep their business thriving.five years goes by fast, especially when you're busy managing a business that will be serving me food as often as possible!

THANK YOU Steven & Rich, and YIPPEE for Cusbah!

Yaaaay! I was so worried. Their Kashmir Naan is *the best*.

So glad to hear this - we LOVE Cusbah and their spicy, spicy vindaloo!